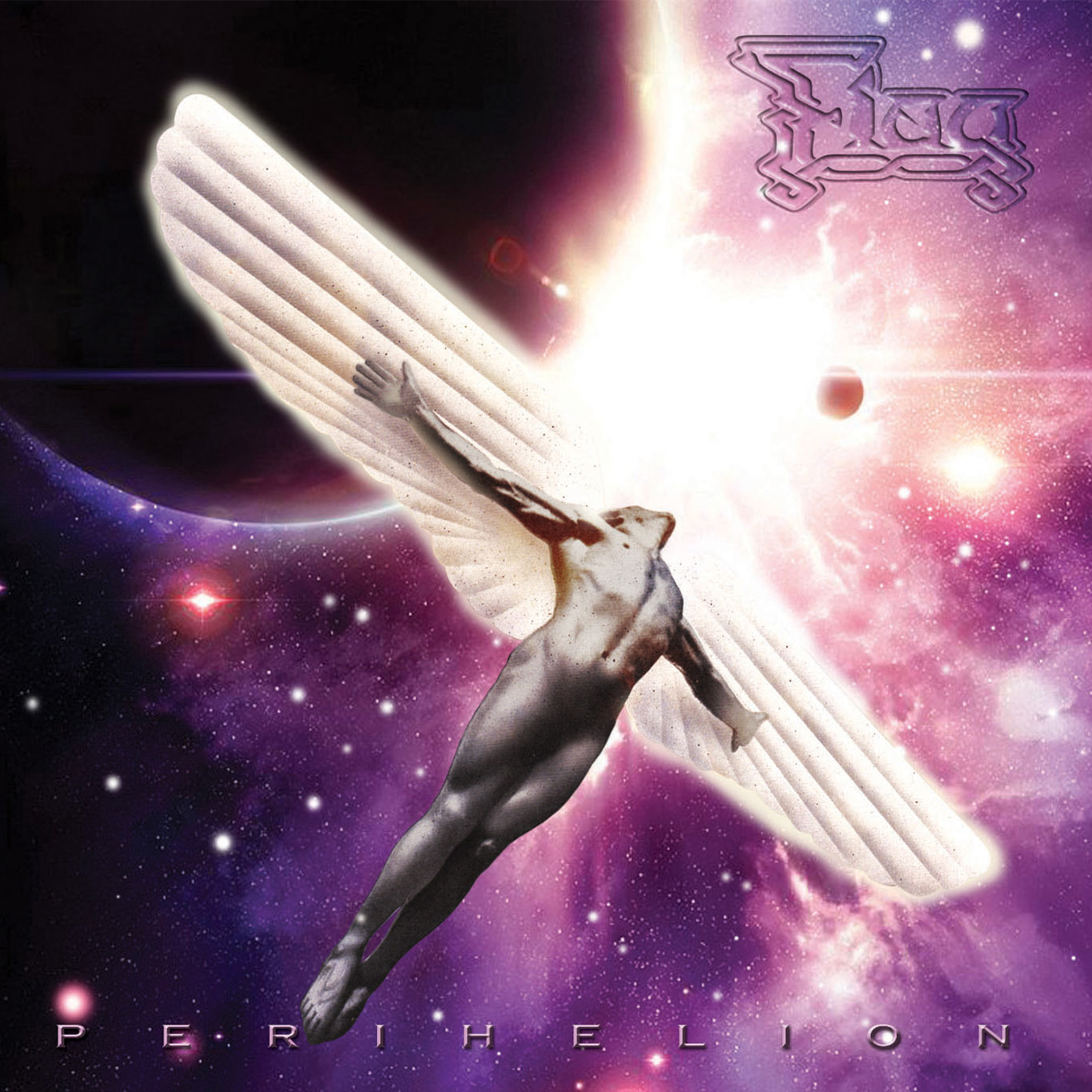 PART THREE OF THE FLAG TRIPTYCH

Peter Jackson once said that he made the first two 'Lord of the Rings' films so that he could finally make the last one which of course was the one and only 'Return of the King'. I feel I understand how he must of felt in many ways in bringing the last act of The Flag Triptych to a long awaited finish. You feel as if the wave you've been riding forever it seems, is finally going to somehow crash into shore and all of the the many pieces of this huge unwieldy tapestry are going to somehow magically lock into place. That the final piece will end up being a magnum opus is almost a given. I suppose all of those things are true here. I am relieved to say that the three years of work to complete 'Perihelion' was well worth the enormous task I had set in front of me.

The book of songs that became this album went through many changes before it took on it's basic working order. I knew I wanted to carry on with the thread involving a soldier returning from The Battle of Orion only to be heartlessly sent back to the front line as the album opens with his mournful song about a comrade named Elikk. I knew in my heart I wanted to write what would hopefully become the quintessential soldiers prayer. Though our hero is there on 'A' deck looking out on the glory of the universe all he really wants is to be home with love and warmth and family all around. We see him again in 'A Runaway Train' telling stories to a prisoner as they make their way back from the frontlines aboard some miserable freighter crossing the trans light highway. At least he lives. Let's hope and pray all soldiers everywhere will somehow make it home.

'O Centurion' views the soldiers dilemma from the darker shadows of the Roman Empire (A.D. 128) as every conflict since ancient times has had it's share of innocent victims...especially children and others caught in the crossfire, who are helpless to avoid being casualty's of war. 'Beyond this mountain' begs for a moment of peace at sunset with all people walking hand in hand and children dancing... yet it is Tibet I envisioned here and I'm afraid that Mao's destruction and enslavement of this sacred place will not end in my life time. Indeed, one more mountain for all of us to climb to overcome such senseless oppression.

I tried to raise the bar here and write a dead on Anglican Hymn like the ones I was so amazed by when I was growing up. They have always been an enormous influence on me as they were on Gary Brooker of Procal Harum and Chris Squire of Yes. It was important to keep the message positive and rock the cathedral as hard as I could at the same time!

I took it to the skies a few miles above our gorgeous but doomed planet on 'World by Night'. I have dreamed more than once of just floating over the day and night line miles high just watching the sheer beauty of the Earth doing what it does best as our lives play out. A beautiful child took my hand back into this dream as we ascended. His fearless joyful flight straight up to the stratospheare tagging me along is an unforgettable visual spike that forever lives in my minds eye. I can close my eyes and see it well.

I am relieved to say that the three years of work to complete 'Perihelion' was well worth the enormous task I had set in front of me.

The instrumental "Solar Fanfare" was meant to 'take a break' and head outward from Earth's stratosphere into deep space for a brief moment to take a look at all the millions of worlds and suns turning, all the galaxy's, quasars, pulsars, comets and giant vessels exploding with life and endlessly dancing in a giant pulse to some sort of universal rhythm if there is such a thing. Einstein certainly felt there was but I wanted the music to be joyful in the midst of the unimaginable violence of creation and destruction amongst the stars in the wild unknown frontiers of deep space.

The stars spin to an existence in time that is unfathomable to us in the short time we are here to witness such glory. From the place where you stand in the fields of your home world with wind aloft on your face and a new morning at hand, the sky above and the day star shinning down, stop for a moment to feel all creation dancing around you. That's what I was thinking of....a Solar Fanfare indeed!

'My Life of Crime' is an oblique collaboration for a piece of music by James Cobb and myself. Jim was kind enough to just let me have the piece he had written years ago for the center section of my song with hundreds of druids singing and harmony guitars blazing. I always loved that melody and wanted to build something around it that would include an eclipse, a haunted citadel, and the soldier once again who is reduced to the role of a common thief in his darkest hour. It was a tune that had been coming together for a few years.

'Stephanie' as a song about a haunted garden and the ghost of a young girl who is trapped there by her own immortality and the young man who has fallen for her. The marble sculptures of the veiled angel in perpetual mourning always fill my minds eye when I sing this song. Not far down the road a young horseman is galloping home in 'Low Country Rider'. I really wanted a rock foundation with the symphony soaring along on top. Though it marks the 'low country' of coastal South Carolina it really could be any world as the need to make our way home no matter what will always be a completely universal desire. Is that what this book of songs is really about? I keep coming back to that point in so many ways.

What can I say about 'A Winter's Tale'. First of all it almost didn't happen until Tom Waltz told me on no uncertain terms "You will finish the lyrics and we WILL record it". Ok! The words were hard but the music was very far along. So I did have bits and pieces of the poem about the brothers skating out on the ice rolling around in my head. I realized I could shape it into a truly dark fairy tale if I could just break through the log jam in the narrative that had me completely stuck. I rented a hotel room for a weekend and forced myself to go for a rough finish and indeed I got the whole thing banged out over the course of a couple of days. I went in with Tom the following Monday morning and sang it as 'scratch' track. That very track became the vocal we used as we built the piece layer by layer. Chris Cornish was invaluable in his role as my spirited brother. It really brought the tale to life with his passionate yet haunted performance. I have always known I wanted to do a long piece like 'Close to the Edge' and experience that kind of recording process. Fitting all of the sections and connecting pieces together was an amazing journey as you can well imagine. Tom Waltz's brilliant engineering, Jon Sherman's dazzling drum work and Rick Hinkle as special guest on guitar at the middle section gave the whole piece such an enormous energy.

I am grateful and humbled by all who helped me on this the last FLAG offering. As I have said it is thrilling to have it finished and just be here on Earth to watch all of this music take on a life of it's own.